Aaaaaand…. with a new monster CPU and some under-the-hood OS tweaking, we’ve arrived at the fabled floor of 75+ fps. And I must say, it is a real qualitative difference. 20fps VR is a consensual, tolerable illusion. 75fps is, as we say, presence. 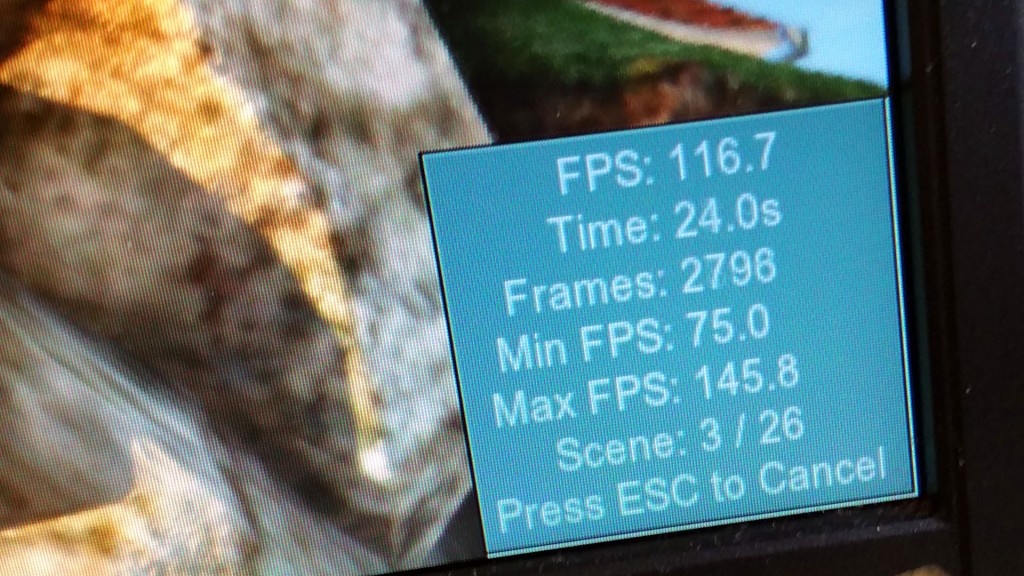 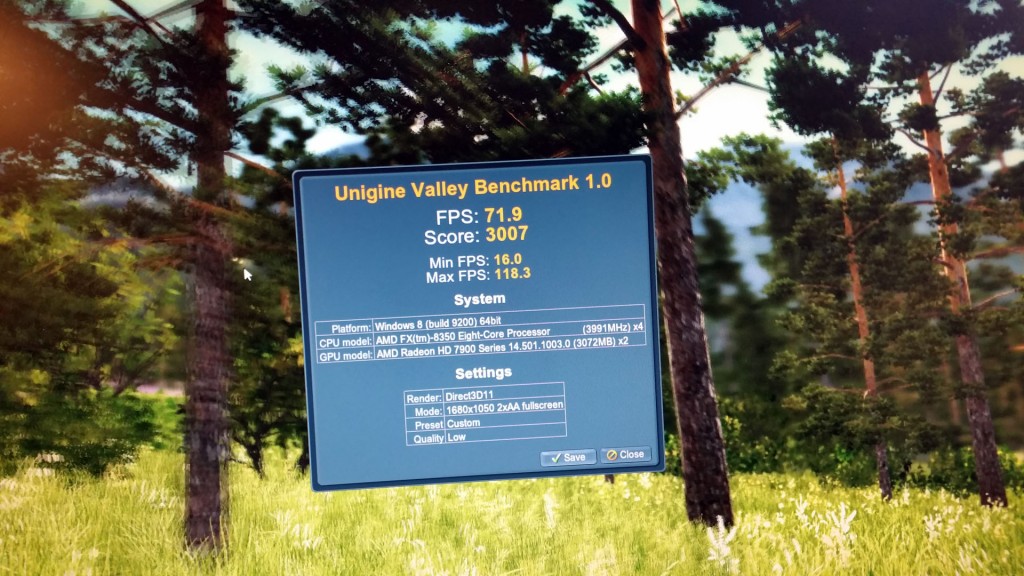 We recently migrated primary build development from my trusty MacBook Air to our high-performance Windows PC rig… while FPS was churning along at around 15fps on the MBA, I figured we’d easily be hitting the 75fps required for presence on the PC. Lo and behold, that was simply not to be the case… yet.

Shockingly, the frame-rate on the PC is about the same, and the stutters are even worse. This makes me angry. That PC has what was, a year or so ago, the best graphics card that money could buy. A monster Sapphire ATI R9 HD7900, with 3GB of fast DDR graphics RAM, pulling 400w of juice. How could this be doing similar performance to my humble 2012 MacBook Air with Intel 4000 graphics on a tiny chip welded to the motherboard?

Time to run some benchmarks. I used the beautiful Heaven and Valley benchmarks, both free from Unigine (not to be confused with Unreal and/or Unity, ha!). My PC rig scored a respectable(?) 901 on Heaven, average fps of 36, with a max of 66 and a low of 9. Same settings on the Mac, drove a humbling score of 87, average 3.4fps, max 5.3, low 2.4. This would imply a theoretical 10x performance enhancement on the PC… if we were only talking about pure graphics. Good… at least the benchmarks showed as much. Conclusion:  the raw horsepower is there. 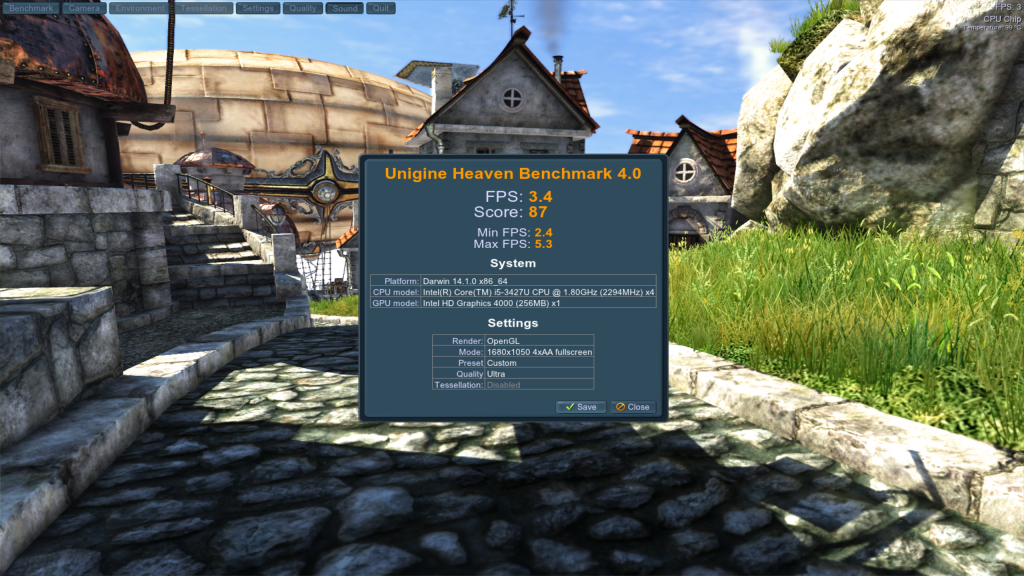 May the force be with me.

It appears that my CPU was totally the bottleneck. Since the machine was re-purposed from its past life as a CryptoCurrency miner, we invested heavily in the GPU and scantily in the CPU, currently an AMD Sempron 145 @2.6gHz. After sorting through the so-often misinformed reddits on this matter…

OctopusRift has a most excellent resource to build the ultimate VR PC:
http://www.octopusrift.com/building-a-vr-pc/

We’ve gone ahead and purchased a new brain for Anakin. Moving up from the lil Sempron. Here are the new specs: (and yes, 8GB of RAM comes next)